How Many Fatal Truck Accidents Happen in Arkansas Each Year?

Even the most compact and lightweight of vehicles is capable of producing fatal injuries if it is involved in a collision or accident.  In accidents that involve large commercial vehicles, such as the massive 18-wheelers used by trucking companies to transport products and raw materials, the risk of death is even greater due to the tremendously powerful physical forces at work.  But how frequently do such accidents take place?  Fayetteville truck accident lawyer Ken Kieklak, Attorney at Law looks at recent crash statistics to uncover just how often commercial trucking accidents occur in Arkansas. 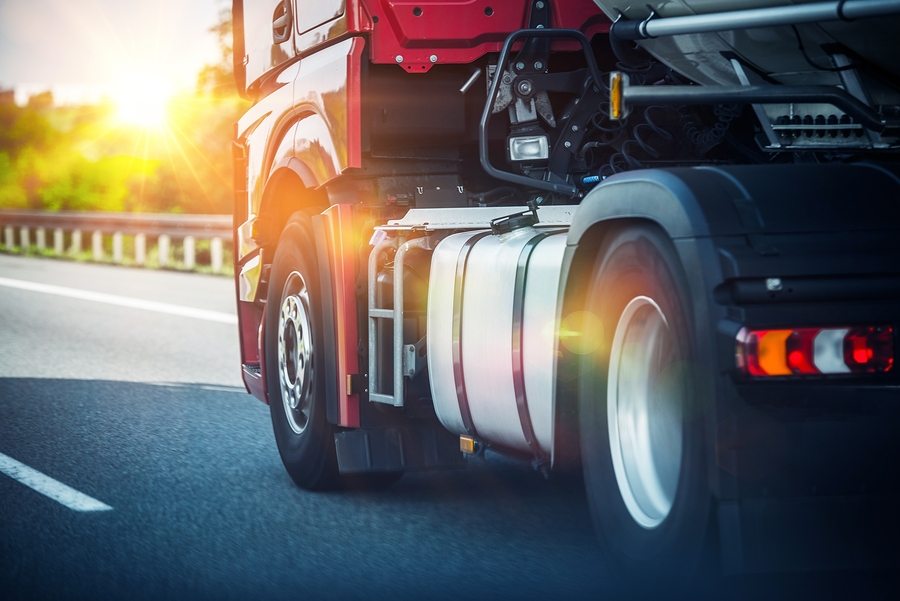 Arkansas is threaded with countless highways that trucking companies use as major routes for the transportation of goods and materials.  I-40, I-49, and I-540 are just a few examples.

Because these and other highways are heavily traveled by commercial vehicles, there are numerous opportunities for disaster to occur – especially during the morning and early evening, when thousands of workers are using these highways to commute or return home.  For instance, earlier this January, one victim was killed and 10 others injured in a major accident on I-40 involving one semi-trailer and six additional vehicles.

Regardless of what cargo a commercial truck is carrying, or which route the driver is following to the destination, the risk of a deadly accident increases if the driver is inattentive, intoxicated, or – as is frequently the case on long-haul interstate routes – fatigued.  But just how great is the risk of a fatal crash?  In short, how often do deadly truck accidents happen in Arkansas?

Unfortunately, the 2014 crash report published by the Highway Safety Office of the Arkansas State Police does not feature any data specific to truck accidents (despite containing information about car accidents, motorcycle accidents, and even railroad accidents).  However, we can still find answers by reviewing statistics published by the National Highway Traffic Safety Administration (NHTSA), a part of the Department of Transportation responsible for improving road safety and decreasing accidents in the United States.

According to NHTSA data, there were an estimated 438,000 accidents involving “large trucks,” defined as vehicles weighing more than 10,000 pounds, across the U.S. in 2014.  (For some context, the average U.S. passenger vehicle weighs about 4,000 pounds.  By comparison, the legal weight for an 18-wheeler is up to 20 times greater at 80,000 pounds.)  These accidents injured an estimated 111,000 people, and sadly, claimed 3,903 lives.  About 88,000 large trucks were involved in the injury crashes, while 3,744 large trucks were involved in the fatal crashes.

The data goes on to report that in 2014, a total of 668 vehicles were involved in fatal crashes in Arkansas, including 75 large trucks.  Phrased another way, just over 11% of the vehicles involved in fatal Arkansas accidents were large trucks.  That figure accounts for exactly 2% of the U.S. total for large trucks.  The only other state with a 2% figure was Alaska, with most states having smaller or larger figures.  (Notably, Texas accounted for more than 14%: more than any other state by a wide margin.)

Arkansas truck accidents resulted in 78 fatalities in 2014, most of which were either pedestrians, cyclists, or the occupants of other vehicles (such as drivers in passenger vehicles).  Among the 78 deaths caused by Arkansas trucking accidents in 2014:

As a Fayetteville personal injury attorney, Ken Kieklak knows that truck accidents often result in wrongful death or disabling, catastrophic injuries, such as paralyzing spinal cord injuries and/or traumatic brain injuries.  These outcomes are emotionally and financially devastating, especially when they were caused by the careless actions of a tired, reckless, or intoxicated truck driver.

With nearly two decades of experience handling auto accident claims on behalf of crash victims in Bentonville, Fayetteville, Fort Smith, Rogers, and beyond, Fayetteville wrongful death lawyer Ken Kieklak, Attorney at Law is prepared to analyze the cause of the accident, develop an aggressive legal strategy, and fight vigorously for justice and compensation on your behalf.  To arrange a free legal consultation with an experienced 18-wheeler accident lawyer regarding your Arkansas truck accident claim, contact our law offices as soon as possible at (479) 251-7767.

What’s the Average Settlement for a Broken Wrist in AR?

A broken wrist is an injury that can affect various aspects of a person’s life from their job to everyday actions like operating a vehicle. With this in mind, it is easy to understand that a victim of an accident would want to maximize their settlement for an accident...

END_OF_DOCUMENT_TOKEN_TO_BE_REPLACED

How Long Do You Have to Sue a Doctor in Arkansas?

Pursuing a medical malpractice claim against a doctor can be a stressful experience. Not only do you have to manage any injuries sustained due to the doctor’s negligence, but you must also prepare for a complex malpractice claim. This can be especially demanding if...