Whenever you suffer an injury because of someone else’s negligence, you may be able to sue them for damages related to the accident. In a car accident, the person usually responsible is another driver who crashed into your car. When bad weather causes an accident, it may seem like nature itself is the cause. However, there are some opportunities where the government should take some of the blame for allowing the accident to happen.

To sue for an accident, you must prove that the responsible party failed to uphold some duty they owed you, and that that breach of duty caused you injuries. If another driver causes an intersection car accident, they failed to follow their duty to stop at a red light or a stop sign, and they may be found “negligent” in a court of law. However, if another driver was doing their best to maintain safe driving in inclement weather, they may not be negligent. If another driver hits you because of icy or snowy roads, it may not be the other driver’s fault.

The government also owes you a duty on the road: to make sure that the roads are properly maintained to allow safe driving. When snow is not in the forecast, it may surprise the government, and they need a reasonable amount of time to respond with salt trucks and snow plows. But if the government should have pre-treated the roads or begun plowing earlier, leaving roads covered in ice or snow could be a breach of their duty. If they failed to uphold this duty by leaving roads unplowed, failing to salt icy streets, leaving strips of ice and snow, or failing to clear the entire road from curb to curb, they may be held liable for their errors.

When unplowed roads cause you to lose control of your vehicle, or they cause another driver to lose control and crash into you, you may be able to hold the government liable for the crash. 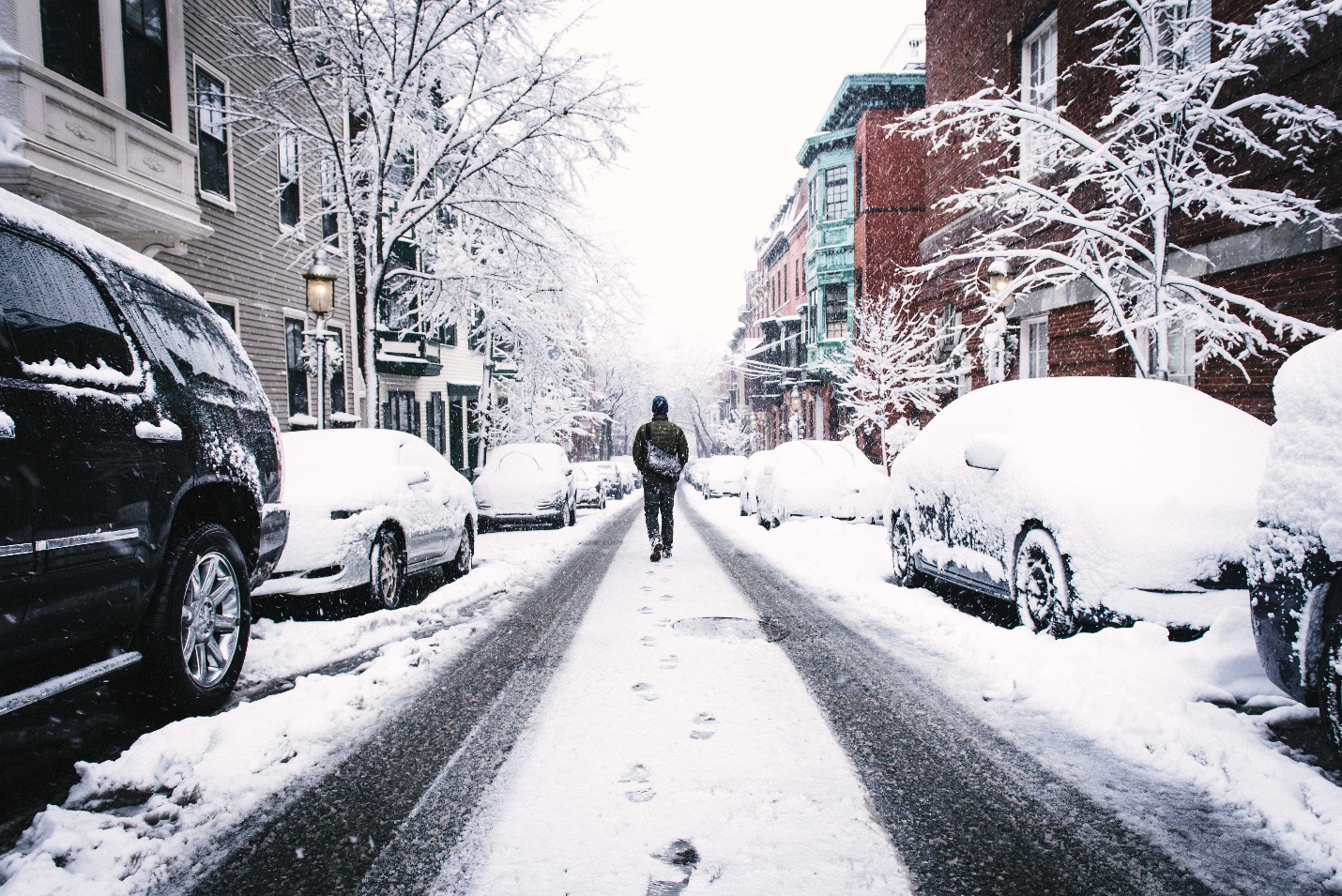 Who is Liable for Icy Road Accidents?

When determining fault, it is important to look at all parties who were tied to the accident. If there were multiple cars involved, any negligence from the other drivers may mean they are at least partly to blame for the crash. If they were driving dangerously and slid or skidded because of unpaved roads, it may be possible that both the driver and the government share the blame for your accident.

When multiple parties are at fault for a crash, courts can hold each of them responsible for their own share of the damages. Under a “comparative fault rule” like this, the jury determines how liable each party is using a percentage. The victim is also included in this calculation, since they may be partly responsible for their own injuries. Each party pays their fair share of the damages based on what they contributed to the injuries.

In a case dealing with roadways, the fault may lie with different government bodies depending on where the road is located. Often, the state cares for highways and interstates within their borders. This means that being injured in a car accident on I-49 or I-540, for example, may mean suing the state government for failing to clear snow. In a town or city, the local municipal or city government may be responsible instead. This could be the county, township, or other government body that governs that area and runs the plows. Finding the appropriate person who should have plowed the road is something a Fayetteville AR personal injury lawyer can help you with.

Filing a lawsuit for your auto accident may be the only way to receive full compensation for your injuries. After a motor vehicle collision, your injuries may lead to expensive medical bills, missed work, and severe pain and suffering. While car insurance may pay for some of these injuries, you may be able to collect higher damages by suing the government actors who failed to keep the roads clear. For a free consultation on your case, talk to Fayetteville personal injury lawyer Ken Kieklak today. Ken Kieklak, Attorney at Law, represents injured Arkansans in a broad range of personal injury cases. For your free consultation, call our law offices today at (479) 316-0438.

Can You Work and Get SSDI Benefits in Arkansas?

If you’ve sustained a debilitating injury or received a life-altering disability diagnosis, you may qualify for Social Security Disability Insurance (SSDI) benefits. However, you still need to know whether or not you can work and remain eligible for SSDI benefits in...

END_OF_DOCUMENT_TOKEN_TO_BE_REPLACED

Can You Be Denied Disability in Arkansas if You Make Too Much?

Social Security disability insurance (SSDI) is designed to help those suffering from physical disabilities make ends meet. People with disabilities sometimes find it difficult to return to the workforce, and disability benefits might be their primary income. While...

END_OF_DOCUMENT_TOKEN_TO_BE_REPLACED

Can You Sue After a Taxi Accident in Arkansas?

People do not expect to be in a taxi for very long, only long enough to reach their destination. Unfortunately, it does not take long for disaster to strike, and taxi accidents are possible. After a taxi accident in Arkansas, you can sue the driver or various other...

END_OF_DOCUMENT_TOKEN_TO_BE_REPLACED

Will Receiving an Inheritance Affect My Disability Benefits?

For people who cannot return to work because of a disability, Social Security Disability Insurance (SSDI) can help them make ends meet. However, unexpected windfalls like inheritance can present complications to benefit recipients. Receiving inheritance should not...