What Are the Most Dangerous Dog Breeds?

Dog bites and injuries are a major concern across the country, and it seems that every few weeks there is another report of a person who was severely injured or lost their life as a result of a dog attack. However, there are certain breeds of dogs that are more likely than others to bite and injure people. This blog post will explore some of the more dangerous dog types.

Pit Bulls and Rottweiler’s are the most dangerous breeds of dogs according to studies. 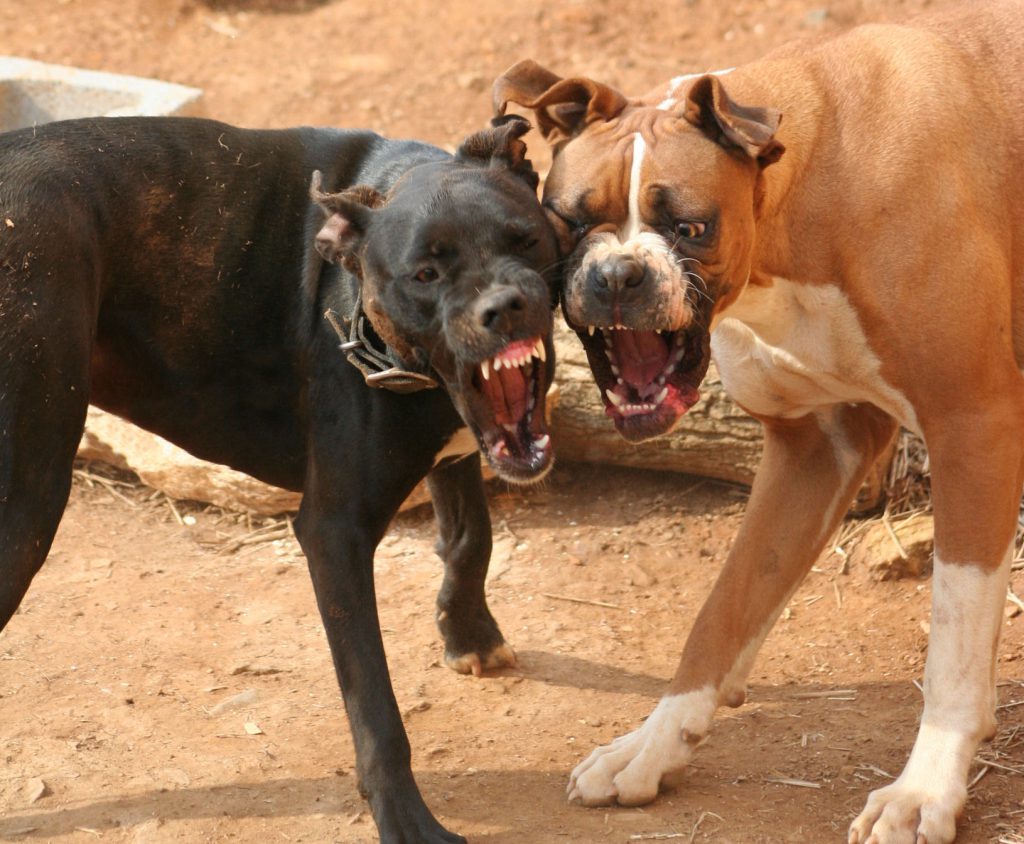 According to the Centers for Disease Control and Prevention, each year there are approximately 4.5 million dog bite cases are reported each year. Some dog bites can be relatively minor, but are reported for safe measure, however, tragically over the past 11 years there have been a reported 360 people who have lost their lives as a result of a dog bite and attack. However, there are certain dog breeds that are more likely to bite people than others. The two most dangerous dog breeds include:

Pit Bulls – Pit bulls have become notorious for being aggressive and for their tendency to bite and injure people. These dogs have garnered such a bad reputation that the American Kennel Club does not even recognize them as a true breed, most likely because of their violent tendencies. Pit bulls are noted for their muscular stocky bodies and their powerful jaws.  Many people argue that pit bulls are not inherently dangerous, but instead, learn their aggressive tendencies from their owners. However, there are countless reports of pit bulls raised in loving homes turning on their owners or biting neighbors. These dogs are highly territorial and will fight anybody it perceives as a threat until death. The average pit bull will be between 14 and 24 inches tall and weigh somewhere between 22 and 78 pounds. However, this weight is typical for only the American Pit Bull Terrier, other breeds of pit bulls can be larger or slightly smaller. Pit bulls were responsible for nearly three-fourths of the dog-related deaths and accounted for 232 deaths across the country.

Rottweilers – according to the American Kennel Club a Rottweiler is a medium to large size dog that is noted as being robust and powerful. Rottweiler’s are known for their inherent desire to protect their home and family, however, they can be aggressive particularly towards other dogs. In addition to having aggressive tendencies, these dogs can be quite large. Male Rottweiler’s typically weigh between 110 and 130 pounds and typically are between two and two and a half feet tall. Female Rottweiler’s tend to be slightly smaller and will typically weight between 85 and 115 pounds and will only be slightly shorter than their male counterparts.

Other dog breeds that have been noted to be dangerous include Husky, Wolf Hybrid, Bullmastiff, Presa Canario, German Shepherd, Pit bull-mix, Akita, Chow, Doberman, unidentified breeds, Boxer, then German Shepherd-mix breeds. One of the most troubling concerns with these breeds is their tendency to bite and injure people that they are familiar with. Studies show that over 50% of dog bites happen at home with a dog that knows the dog bite victim. Therefore, it is important that you monitor your children when they are around any dog,

Because certain breeds of dogs have been noted to be more likely to bite and injure people communities, towns, and cities all across the country have begun enacting restrictions on certain types of dogs, notably Pit bulls. Currently, the following towns and cities have a ban or warning regarding Pit bulls:

In addition to these cities and towns issuing warnings and prohibiting people from owning Pitt Bulls, many apartment complexes and landlords do not allow Pitt Bulls to be in their apartments for fear that they will attack someone.  Arkansas is not alone banning pit bulls, many towns, cities, and states across the country have legislations specifically designed to address Pit Bulls including Miami, Denver, and Massachusetts.

Unfortunately, there have been numerous reports of people being severely injured and killed by dog bites. Since 2000, there have been 10 reported deaths attributed to Pit Bulls all across Arkansas, the last being in 2015. While critics may claim that Pit Bulls do not deserve to be labeled as dangerous, it is hard to argue with statistics, which show that ninety-one percent of all fatal dog bites can be attributed to either the Pit Bull or the Rottweiler.

Arkansas Law has addressed dog bite victims and has identified two separate ways that a person can recover from their injury attribute to a dog bite. A person who has been injured can pursue their case under a strict liability theory, which can hold a dog owner liable for their dog if the dog has dangerous tendencies. In locations such as Pine Bluff where Pitt bulls are not banned but have been declared “dangerous,” a dog bite victim may be able to hold the owner liable regardless if the dog has ever displayed violent tendencies or not. See Code of Ordinances City of Pine Bluff  Sec. 5-27(c) – Vicious or dangerous dogs.

Alternatively, a dog bite victim could pursue their case under a theory of negligence, using Pine Bluff’s municipal code as an example in Section 5-3 the municipal code requires:

Any person owning, possessing, or keeping a dog, whether vaccinated or unvaccinated, licensed or unlicensed, shall confine the dog within an adequate fence or enclosure, or within a house, garage or other building or shall confine the dog by a chain or leash affixed to the dog’s collar and attached to some substantial stationary object adequate to prevent the dog from running at large.

Therefore if a dog bites a person when they are not on a leash, the owner may be found to be negligent and therefore responsible for any resulting injuries.

If you or someone you know has been bitten by a dog, then contact Fayetteville AR personal injury lawyer Ken Kieklak. We understand that you have enough to worry about due to your severe injuries and can handle every aspect of the personal injury litigation process. We can negotiate with the insurance company, gather evidence, and build a case to secure the compensation you deserve. To schedule a free consultation call us at (479) 316-0438 or contact us online today.

How Long Do Traffic Cameras Keep Footage of Accidents in Arkansas?

END_OF_DOCUMENT_TOKEN_TO_BE_REPLACED

Settling a Personal Injury Claim with an Insurance Company in Arkansas

END_OF_DOCUMENT_TOKEN_TO_BE_REPLACED

What is Considered “Negligence” in Arkansas?

As an Arkansas victim, it’s important to learn whether or not you can bring a compensation claim against the person that caused your injuries. If an at-fault party acted negligently, the answer is most likely yes. But what’s considered negligence in Arkansas? Any...

END_OF_DOCUMENT_TOKEN_TO_BE_REPLACED

What is the Burden of Proof in a Personal Injury Case in Arkansas?